Brad was born in Baton Rouge, LA but calls himself a native Texan since he has spent most of his life in this great state (still a huge fan of the LSU tigers, though!) After graduating from Plano Senior High School, he obtained a BA in Economics from SMU and then went on to get his MBA from the University of San Diego. Soon after graduation he took an opportunity to rebuild a medical records management company in New Orleans that was essentially destroyed by Hurricane Katrina. Being a true humanitarian at heart, he resigned from his position after 4 years to volunteer as a teacher for a year in Guyana where he taught IT to high school seniors. When he returned back to the states, he took another consulting job in the healthcare industry. He quickly realized that he wasn’t happy in this field and went on the hunt for a new acquisition. In 2013 he came to an agreement to purchase Soils Alive. He has found many hidden gems through this acquisition but the most rewarding thing has not been growing this company, but working with great people that he considers a part of his extended family. He has brought so many encouraging attributes to the Soils Alive Team through his leadership. He has a passion for rescuing and fostering dogs. He also enjoys golf, sport-fishing, traveling anywhere that isn’t cold and is currently working on obtaining his sailing license. He is a proud son, brother and uncle to his four nieces ranging from 5-18. Last but not least, he is a follower of Christ and walks wherever He leads him. 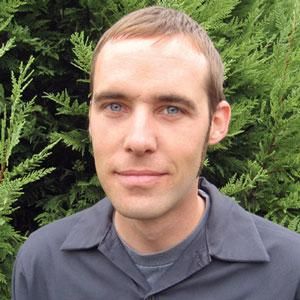 A lifelong friend of the original Soils Alive founder, Justin has worked in the organics/green industry for more than a two decades. When Soils Alive expanded in 2000, they asked Justin to come aboard. In the last decade, Justin has become Soils Alive’s general manager, and now COO, and supervises all customer accounts and daily operations including overseeing the soil fertility program that we institute. He is a licensed certified applicator in all categories of lawn and ornamental maintenance by the Structural Pest Control Board of Texas. Justin enjoys learning about native grasses and the history of the Blackland Prairie in our region. An organic gardener and backyard chicken wrangler, Justin lives with his wife and daughter in the Lake Highlands area of Dallas. 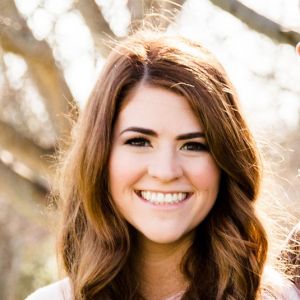 Cari is a Wylie, Texas native and is a true lover of all things sustainable. After she graduated high school she pursued a degree in sign language. While she was studying, she began working part-time with Soils Alive in 2015. While her original plan was to only be at Soils Alive temporarily, she became rooted in the company through her aligning ideologies and beliefs about the benefits of living green. Her passion for communication and helping others shines in her day to day work duties. She was promoted to Office Manager in 2019 and has brought so much to the company from her organization skills, efficiency and thoughtfulness to make everyone feel special, especially on their birthdays! In her spare time, she enjoys spending time with her husband and 3 dogs, exploring new ways to use essential oils and tending to her various house plants. She is a lover of Christ and has been pursuing His call on her life from a very young age. 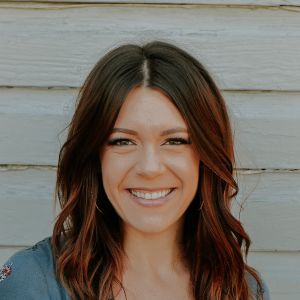 Kirby graduated from Texas A&M in 2013 with a degree in Agriculture Economics. Soon after graduation she took an internship through a co-op program in Lubbock where she worked at a cotton gin. Realizing that Lubbock wasn’t where she was meant to be, she went off on an adventure traveling through New Zealand where she participated in the WWOOFing program (World Wide Opportunities on Organic Farms) where she worked on varying organic farms in exchange for cultural experiences, food and accommodation. It is through this program that she found her passion for organics and knew that this was the career path she wanted to pursue. She has been with Soils Alive since 2015 and she has a passion for educating and empowering others through the sharing of her knowledge of organics. She’s a proud wife and mother of 2 who has a heart for the gospel and planting seeds of hope to those around her. In her free time, she enjoys organic gardening, tending to her house plant collection, crafts and eclectic design. 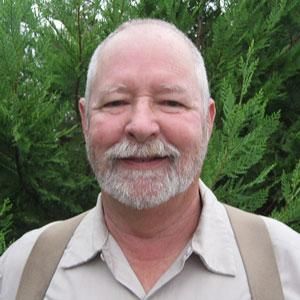 Dennis Duffy has more than 40 years of experience in the green industry. He spent the first seven years of his career as a park maintenance supervisor. For another seven years, he was a commercial plant grower with two years in plant research and development. For the last 20 years, Denis has involved himself in all phases of fertilization applications and management. Most recently, he completed a three-year term on the Dallas County/Texas A&M University Coop Horticulture and Master Gardeners Advisory committees. Denis joined Soils Alive in 2005 and has been a vital asset to our team since. Because Denis was the Assistant Athletic Consultant for the city of Dallas before he entered the green industry, he is still avidly involved with competitive athletics.

Chris is a graduate of Sachse High School and has been with Soils Alive since 2017. Having more than 6 years in the green industry, Chris enjoys his work because of his love for the outdoors. He is a compassionate and dedicated employee and an advocate for Soils Alive’s beliefs and ideologies. During his free time, he enjoys doing crossword puzzles. 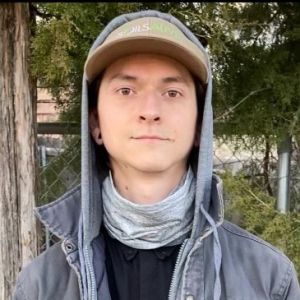 Cecil is a Lubbock, TX native who graduated from Levelland High School. His work history is vast from convenient stores to erosion control in Colorado and he has basic knowledge in residential construction and maintenance. At one point he apprenticed to be a carpenter but decided that was not the career path he wanted to take. Being a lover of the outdoors and nature, he accepted the career opportunity at Soils Alive in 2020. As he’s grown with the company, he has realized how passionate he is about the organic industry. He realized the impact he is making on the environment and that drives him in his day-to-day work. In his free time, he enjoys making visual art with various mediums. 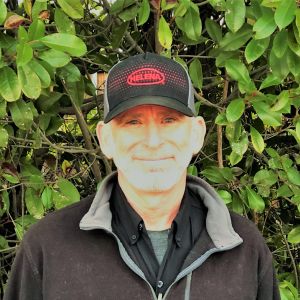 Pete originally hails from the frozen tundra of Green Bay and has a degree in Journalism and Communications from the University of Wisconsin. He moved south to Texas in the early 80’s and has been a part of Soils Alive since 2014. In his spare time, Pete likes to relax at home with his wife and daughter, tend to their backyard vegetable garden, and wrangle the family’s small herd of 2 dogs and 4 cats. Pete has a deep and abiding faith in Christ and follows God’s call to serve others through his volunteer work with North Texas Tres Dias Ministries. On weekends during the soccer season, you can spot Pete ringing his cowbell while watching his niece play for the Mississippi State bulldogs. A passionate environmental advocate and animal lover, Pete likes that Soils Alive’s organic program is Barefoot and Paw Approved©. He takes pride in knowing that his work is helping to create a healthier future for people, pets and the planet. 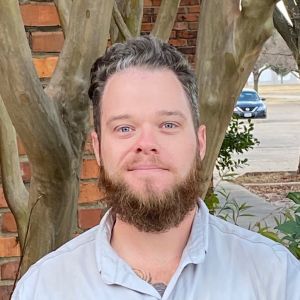 Chase was born and raised in East Texas and graduated from Kaufman High School. Being an avid outdoorsman, a career outside has always been in the cards for him. He has worked various jobs, even owning his own lawn maintenance and landscape installation business before joining Soils Alive in 2019. He is currently working in his TDA applicators license. In his free time, he enjoys organic gardening as well as dabbles in niche houseplants and garden art. He loves to allow his creativity to be expressed through natural mediums. He also enjoys listening to music. Through his venture with Soils Alive he has already expanded his green industry knowledge, specifically with turfgrasses. The thing he enjoys most about working with Soils Alive is helping his clients create a beautiful, sustainable landscape. He likes seeing his hard work pay off by tracking the results and the efforts he puts into each individual yard. He is constantly trying to evolve and expand his knowledge to be the best applicator he can be. 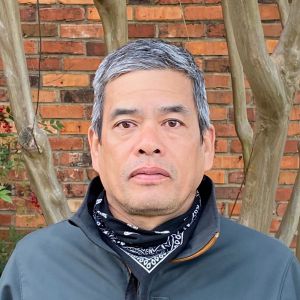 Jorge was born in Lima, Peru and has an impressive and diverse cultural background including living and working in Japan for 10 years. In the early 2000’s he obtained his visa and became a resident of the United States. His career in the U.S. started with detailing cars for Lexus and he eventually moved to Texas to be closer to his family. He came across the opportunity to work for Soils Alive in 2013. His work ethic and attention to detail are an asset to our team. Even if a task is time consuming, he sees the value in completing everything thoroughly and correctly.  He loves spending time with his family by being outdoors and camping. He is a believer in the ideology that Soils Alive holds and appreciates the family environment and values that we hold as a company. 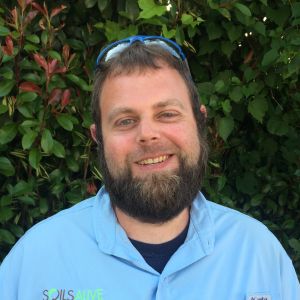 Brent graduated from Lakeview Centennial High School and has vast background in the mechanical industry. In 2016 he began his career with Soils Alive. He has a hamster named Joey and an Iguana named Jason whom he loves. In his spare-time he enjoys studying old newspaper clippings and articles to find clues into unsolved murders and watching old movies.

**All applicators are extensively trained prior to applying on their own. They all work under their own/or the COO’s TDA Certified Applicators Licenses. **

Use our online account portal to pay your bill and update your information.

Soils Alive, Inc. has been a member and accredited business with the Better Business Bureau since 2004. You can find our listing here. We are presently an A+ rated business.

Soils Alive is a member of the Texas Nursery & Landscape Association(TNLA). TNLA is Texas' largest and most prominent green industry advocacy and governance group, and was set up to promote the landscape, nursery and horticulture industry in Texas.